ZUPER : MY ROLE IN THE SHADOW IN TEAM VITALITY

Katowice Major, the biggest event in the CS GO universe, has just begun.  Alors que le Major CS GO bat son plein, The manager of the French team Vitality talks about his vision of the project led by the leader NBK before his arrival and about his new role.

Katowice Major, the biggest event in the CS GO universe, has just begun.  Alors que le Major CS GO bat son plein, The manager of the French team Vitality talks about his vision of the project led by the leader NBK before his arrival and about his new role. (Crédit photo Une : Team Vitality).

My vision of Vitality has not really changed since I joined their ranks.

The largest sports organisation in France and one of the most prestigious in Europe has always demonstrated its ambition to make a difference in our community. They’re bringing esport to a level we’ve never seen before in our country.

So I wasn’t surprised by their investment in CS GO with a consistent and almost approved line up on my side. While I was still castering at ESL, I had some certainties, but also some doubts. Nathan (NBK) would succeed in his in-game leader role if his teammates listened to him and trusted him. Cedric (RpK) had to be this frag machine, the tank, and humanly irreproachable. Dan (ApEX) brought his overwhelming desire to his role as an entry fragger. And the phenomenon ZywOo (Mathieu) appeared to be the team’s reliable source while he was a young player without much experience on the stage, but without him the project would not have such ambitions.

My only question was about Happy’s presence. Why such a bet when you know it can only work under certain circumstances, in a game where everything revolves around his vision. However, at Vitality, the goal was clearly to put ZywOo in the best position. The rest finally proved my thoughts before I arrived.

The potential was there, but the same mistakes made over the past two years by French teams like EnVy or G2 should not be repeated. We needed strong supervision and I had no doubt that with Vitality it would soon be done.

PROUD TO BE PART OF VITALITY

A few weeks after the announcement and the first games of Vitality on CSGO, I joined the team to become its manager.

After working in the video game production field at Ubisoft, starting my own company in the entertainment field (esport & Twitch) and playing the role of caster at ESL, an exciting new challenge opened up for me : working with players who had thrilled me for years and helping them to be as successful as possible.

It was really the right time, between the migration of ESL France’s production which made me free, and my move for personal reasons to Singapore which did not hinder the performance of this new role.

I am very proud to be working for Vitality now. My corporatism and professional side might have made me say the same thing if I was working in another structure, but you can take a lie detector test today to see that it’s 100% honest. I have a real admiration for Vitality, and especially for those internal people who are hungry for growth like Neo or Nicolas Maurer. We have this impression that they literally want to revolutionize the sport.

Even if this role of manager is new to me, there is no real surprise in what I could see from the outside. The vast majority of my assignments concern logistics : travel to events or boot camp, planning for our competitions, relations with the organisers, paperwork of all kinds…

I do not have the ambition to revolutionize this position on my daily missions, but, on the other hand, we no longer evolve on this management where players have the power as we did a few years ago with some French teams.

Decisions that affect the team’s functioning are now in the hands of the staff and the IGL. The replacement of Happy by ALEX is a decision that comes from our coach Rémy and I, we take the responsibility even if we are necessarily supported by our players.

From a human point of view, I have this role of big brother, or even grandfather as some may call me. Despite this nickname, I bring a certain freshness to them. I hope to be a good balance between the Next and Niak references, with my proximity to my collaborators and this sensitivity that allows me to perceive their emotions and problems, despite my pro rigour and this corporatist side.

But make no mistake, manager is an ungrateful job where this artistic aspect does not exist. It is almost impossible to tell when a manager will make the difference, you will eventually see his good work when the team looks emotionally stable.

It is simply a shadow activity.

Do you know a manager abroad? The answer is in the question.

It has now been a few months since I (re) discovered my players. And I may have had some surprises in their character traits. An apEX is exactly the same as people’s vision of it, it’s an energy ball that jumps all over the place outside the game. RpK is that calm force and such a nice person. It was more on Nathan and Mathieu’s side that I was surprised. I thought NBK was in his corner, a little lonely, and I was able to see someone very popular in the group. ZywOo is not the shy little guy you think he is, he is the first to want to laugh.

At Vitality, I was also able to find Rémy, my sidekick from ESL TV. I had no surprises in his role as coach. It’s one of his characteristics, you know exactly what to expect with him and how everything will go. He is essential to our team, with his ability to win, to distance himself when necessary and also to put in a few cleats when the players need them. In each team, you need someone who is able to reframe the troops and Remy has all the qualities for that.

For Renaud, the situation is special, because today he works for us at distance. But once again I have no surprise on the quality of his analyses, just like what he could do at ESL TV.

Their presence was not due to a boost or a personal desire to work with my former colleagues, but simply because I knew their seriousness and their 100% focus on the game. These are people who wanted to make a difference in the French CS GO and who were ultra competent in their fields.

The major is here and we are ready.

We know our strengths and weaknesses and we have the ability to be motivated after a small failure.

A competition like this Major is not won during the matches, but during the weeks of preparation beforehand. The winner is 90% already written.

Well, ours was very good.

After that I would never say that we come here for the victory, only 2 or 3 teams have for me the right to announce this objective. But like the 24 teams, who participate in it, we have this desire.

We are clearly not thinking that after all these successful qualifications, our first major is just a bonus.

The objective has been clear from the beginning: to reach the top 3 in the world and establish a long-term presence there. We have the potential to do so.

2018 was the year of change and renewal for me. 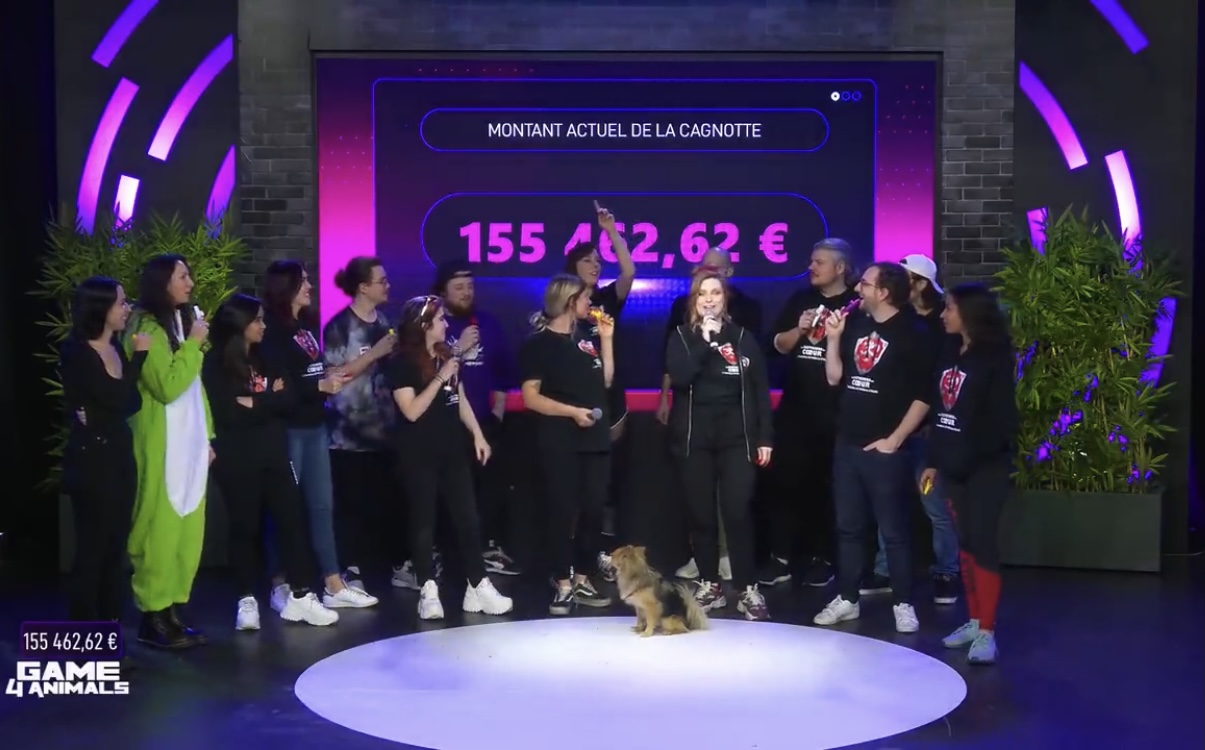 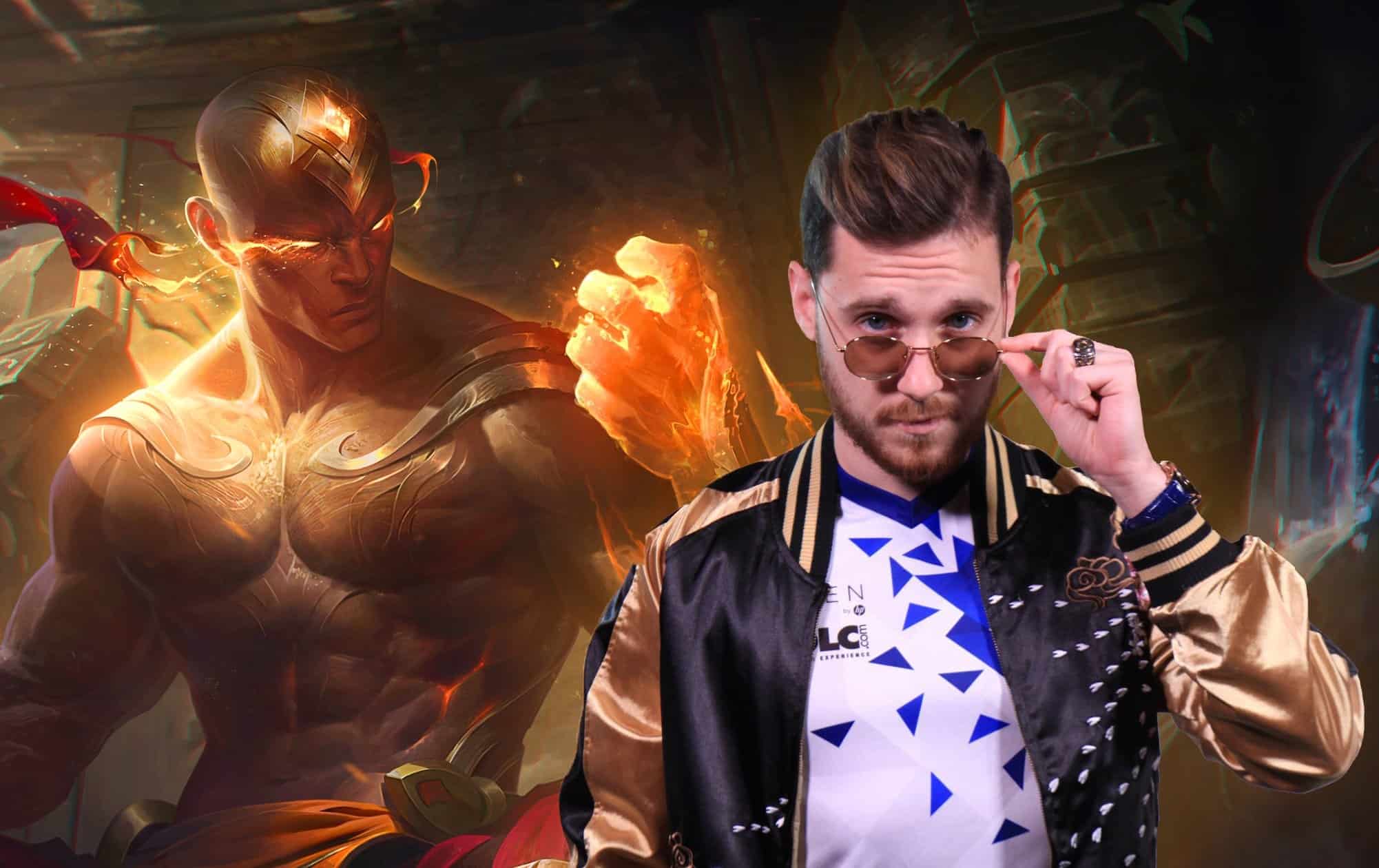