WIPR : PUTTING MY GAME SCIENCE AT THE SERVICE OF VITALITY

In the world of CS GO, the analyst is a role that remains in the shadow of the players. As the Major has already to start, WiPR came to confide his new role within the French team Vitality which carries the hopes of many fans : between vision of the structure & line up before his arrival and explanation on his daily work.

In the world of CS GO, the analyst is a role that remains in the shadow of the players. As the Major has already started, WiPR came to confess his new role within the French team Vitality which carries the hopes of many fans : between vision of the structure & line up before his arrival and explanation on his daily work.  (c) : ESL France

It’s the largest French organisation, present on many of the esport’s flagship games, with its non-endemic sponsors and its unrivaled visibility in France.

Their decision to invest in Counter-Strike Global Offensive was expected, it was the missing link in our national scene, as there were very few French organizations specializing in the game.

At first, I may have some doubts about seeing experienced players who had know each others for a long time and who where to compose this first line-up. We had this feeling of a team by default, offset by the presence of the Zywoo phenomenon. If there were no doubt that he would be joining a top team after obtaining his high school degree, seeing him joining a french team was really cheerful. And the arrival of ALEX may have brought a kind of expected balance.

From a tactical point of view, it’s was quite complicated to give an opinion on their playing style before my arrival. We saw a certain dependence on Zywoo even if it was not necessarily a problem, you can see the top teams like FaZe or NaVi having this particularity too. Their game was structured over a large part of the map-pool, which is quite rare for such a young team. Zywoo did and always makes a huge difference, but it is essentially through his individual talent, not through strategies that enhanced it.

A few months after the team was formed, I received the proposal to join this project : working with a promising team, in the world top level and which could be in the future contest the top 10. I had already had some experience with lower level structures, but this was the most high level possible. I couldn’t claim for any more, it’s kind of an professional accomplishment.

Joining Vitality also meant meeting up with my former colleagues from ESL TV, Alexandre (Zuper) and Rémy (XTQZZZ). We are on the same page and our common experience would facilitates my work. I also appreciate the way Remy shows temperament in his new role. He is different from me on this subject, which is why I could never really consider myself as a coach, because I can’t impose certain things or raise my voice. He has this personnality which contributes to hus very special role.

Alexandre was already the manager of all the casters at the time of ESL, to give it all he’d got  to ensure that the team of commentators is in the best possible condition possible to work with. He’s so professional, sometimes even too professional in the sense that he tortures himself regularly to make sure that everything works as expected.

My opinion of the players hasn’t necessarily changed since I have joined Vitality. They are generally quite honest in interviews and make very little difference to their real personality in the face of media. I have followed most of them for years, so I was not surprised. It’s the same level ingame. The only player that I have discovered a little more is Zywoo even if I had already been able to try the antistrategy when I was working for other teams and he was with AAA. At the time of MaxiSaucisse /ARES, I was often asked what to look out for, in the opposing team in a basic round.

My answer regularly started with “Zywoo” before adding a few details.

ANALYST, THE ART OF ANALYZING OPPONENTS FOR THE BENEFIT OF OUR PLAYERS

My role as an analyst is simple: when our team arrives on the server, it must be prepared strategically and have an idea of how our opponents play.

The main part of my work is therefore to study the trends of the other teams on their preferential maps. This involves watching matches in order to draw global trends on their playing style (passive, aggressive, fast, structured or unstructured), but also by looking for the little detail that could have an influence during the game. It could be, for example, detecting that a smoke is launched at such a place and such a timing and leverage this phase to take the advantage.

I also have some specific feedback to do for ApEX and ALEX who ask me some questions for each map. Their roles are particular to Vitality because they have the opportunity to individually make risky decisions. It is partly up to me to give them information to measure this risk. On the other hand, RPK and Zywoo are more likely to be led in a trio with NBK, which as captain already has access to all the data relating to the anti-strategy.

Recently, I have also been helping during official game debriefs by offering a video editing of about ten minutes. This allows us to come back to the rounds and the particular situations that we could have managed better… This type of process creates the discussion between players and contributes to solve some strategic problems. I have this particularity of mastering these editings and offering a unique video rendering. In general, the other teams proceed as follows in writing and it doesn’t really speak to the players who have to put everything back in perspective. It is particularly used in traditional sports.

But with the Major, I’m obsessed with the anti-strategy. This feedback is only at destination for our coach and our captain, it is up to them to share the information to other players.

For the moment, my anti-strategic work is 100% based on official game replays. Today, there are a few tools providing a whole bunch of statistics about our opponents, but I think their usefulness is rather variable. All these statistics have their origins directly in game and even if it may make sense in the future, we have other priorities with the team, including the one of solidifying our own style. Statistics are a bonus when everything is put in place.

Illustrating my work with concrete examples is quite complicated. Analysis is sometimes a task which can be quite frustrating, because a lot of what I do may never be used. In the case of BO1, vetoes can in some cases end up on 3 or 4 differents maps, all of which must be prepared, so that only one will be played. Similarly, if a team does not have many recent games, everything what I can detect in his game may have changed by the time we face them. Some tops-teams regularly renew part of their game plan to remain unpredictable.

Finally, it is often complicated to apply these antistrategy techniques to perfection. One of the messages I was able to pass on during our qualifying match against Valliance in Minor, was their propensity to make crazy calls: to cross smokes, to use the lurk to excess… It was necessary to take our time on rotations by expecting cuts from them, but even with these instructions supported, many rounds have gone in the direction of Valliance, because they will always further on. Even with preparation, once we play in the heat of the action, some things can happen out of control.

A STATUS TO BE OBTAINED BY THE MAJOR

After a difficult journey to access to the Major between open qualifications, the close qualifier and the minor, serious things started. We have the potential to access in the Top 16 and maybe we can count on the mercato that has weakened some great teams even if we’ve made a change ourselves recently.

This new format with a more equitable ELO system and the arrival of more matches in BO3 should be used to avoid the small accidents that we still have during the meetings on a map. We will also play teams that have a CS that we know better, that’s the perfect spot to obtain a performance recognized by all.

Succeeding as a Major is ensuring a different status from the one you can acquire online and it is a window to get invitations to many events. However, I do not take anything away from this online journey, it was difficult, but necessary to forge our game and our mind. Prestigious teams like the Brazilian MiBR teams have gone through all these successive stages over several years before carving out an undeniable spot in the world top.

I do everything I can on my side, eating demos on demos so that this work is used to make a difference during important moments.

When the time comes, I hope these details will make a difference. 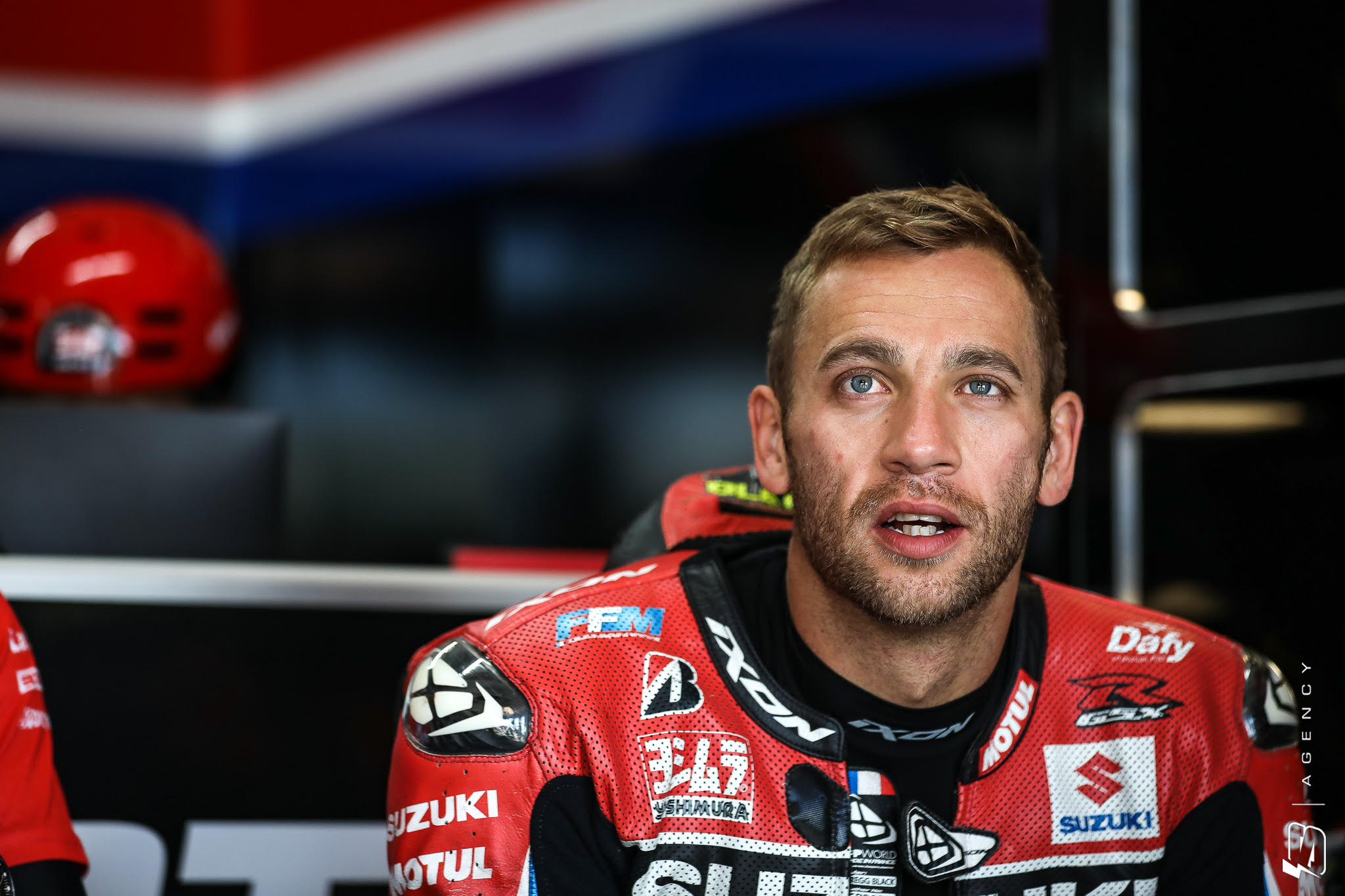